Copper Cannon Camp - Our Staff and Board Members 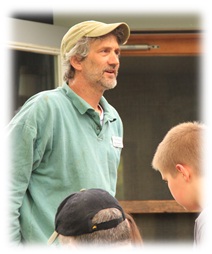 2021 will be the 17th summer of Peter’s leadership at Copper Cannon Camp and his 34th in camp administration. He has run programs throughout the country with the common thread being a heartfelt belief in the good camp does for the campers. Peter has seen the impact quality staff can have on youth. He holds a Masters Degree from Northern Illinois University in Curriculum and Instruction and did  his undergraduate work at Gonzaga University.

Married with four children of his own, Peter knows what parents need in order to feel comfortable with a camping program, what children want from camp and how to meld the two together. Through the years, his children have grown up at Copper Cannon and share his passion with Peter’s only daughter running the arts and crafts program for the summer of 2012. His wife, Teresa, is an active volunteer with Copper Cannon having been instrumental in the growth of our Counselor in Training (CIT) leadership program since its inception and taking a lead in the annual auction.

Favorite camp activity: Native American storytelling at campfires
Favorite camp food:  “Dough on a Stick” – fabulous cooking over a fire… burnt on the outside, raw on the inside, but who cares?
Best memory from Copper Cannon: Meeting one of the first campers from 1963, who was so excited to share stories of his time at Copper Cannon Camp.
Biggest Challenge: Finding enough hours in the day to make the program even better.
Vision for the future: To see more former campers returning to Copper Cannon as staff. 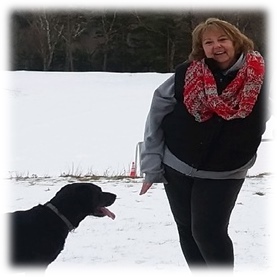 As of 2021, Katie has worked in the camping world for the past 28 years. Her experience ranges from high end, expensive camps to Girl Scout and YMCA camps. She received a Bachelor’s degree in Human Services/Counseling from Northern Vermont University. She received a Masters of Science in Sport Psychology and is currently working to finish her dissertation for her PhD in Educational Psychology. Her topic will be on the cultural adaptation of summer camp staff.

Katie has a Labrador Retriever named Maximillion. Max will be playing with Roscoe and running around the camp while his mom is hard at work in the office. Campers will love Max’s playful personality and never-ending energy!

Favorite camp activity: Archery
Favorite camp food:  Chicken Nuggets
Best memory from Copper Cannon: Walking with Max and Roscoe in the snow
Biggest Challenge: Learning to write a grant!
Vision for the future: Becoming more involved with the ACA, and enhancing the experience of the campers and staff of Copper Cannon! 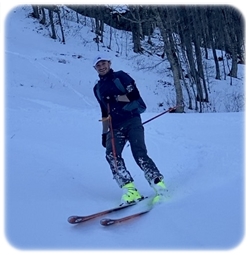 Originally from New York, Jake has spent the past few years bouncing between the Northeast and Western parts of North America. He has worked in youth programs from New York City to rural Montana, focusing on place-based education for underserved youth. He recently returned to New Hampshire after missing the North Country Community and is glad to be able to be a part of it again here at Copper Cannon!

When he is not at camp, you can likely find Jake skiing, running, climbing, or paddling somewhere in the White Mountains.

Favorite camp activity: Anything in or on the water
Favorite camp food:  Peanut butter & banana sandwiches
Best memory from Copper Cannon: Seeing all of the community support throughout the virtual auction
Biggest Challenge: Spending too much time inside
Vision for the future: Help increase Copper Cannon’s presence in the community and grow the alumni network

Copper Cannon Camp Board of Directors

The success of Copper Cannon is due in a large part to the wonderful Board of Directors. Through the years, their hard work and dedication has helped Copper Cannon grow and thrive. Find out more about each member below! 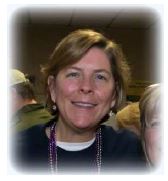 Nancy currently shares her time between homes in Pembroke, NH and Lisbon, NH. She first fell in love with the North Country in 1985 skiing at Cannon Mountain. That led to her passion for hiking the beautiful forests of the White Mountains. The mountain bike program is in memory of her husband Gary. The thing she loves most about her role with Copper Cannon Camp is bringing New Hampshire children into the beautiful woods she treasures so much. Whether on their feet or on a bike, she believes the woods have a magic that every child needs to experience. In the past she has been actively involved with several charitable associations including the Caregivers in Manchester, NH, Alzheimer’s Association in Massachusetts, and a Patron of the Balle de Plage in Newport RI. Nancy has a BS in Sports Communications with a minor in Small Business Management from the University of New Hampshire 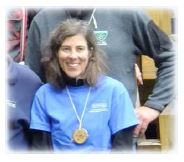 Amy lived for the first 13 years of her life in Franconia, just down the road from Copper Cannon’s founder and her grandfather, Ham Ford. Currently, Amy lives in Waldoboro, Maine and serves as the Director of Faith Formation at St. Mary Church in Bath and St. Charles Borromeo Church in Brunswick. She is the youngest of three, aunt to four nieces and one nephew, and keeper of a sweet cat, Truffle, who came to her from the local animal shelter. One of Amy’s past times is learning about organic gardening. Amy is glad for any chance to help support Copper Cannon Camp and its mission!

Phil attended summer camp as a kid for six years and was a counselor for two more years. His camp experience was some of the best memories of his youth. He joined the CCC board in order to give back that experience. Phil has lived in Easton, NH for the past seven years with his wife Isabel and dog Augustine. He works as a Controller at Garnet Hill, a catalog company that sells women’s clothes and home furnishings. Phil received an undergraduate degree from St. Lawrence University and an MBA from University of Washington Seattle.

Ben is a long-time supporter of Copper Cannon Camp, and has been a board member for over twenty-five years. Ben’s career in the financial industry and serving on audit committees has been immeasurably beneficial to Copper Cannon. Ben is currently a director for Pro Mujer, a micro finance organization for women in South America. He is actively involved in building the endowment for Copper Cannon, corporate fundraising, and the Ham Ford Society.

Chip is the owner of Whitney’s in Franconia, NH. His 18 plus years of experience in the construction field has been invaluable to Copper Cannon’s facility planning and design. Chip served for several years as the board’s President and then 3 years as the board’s treasurer. Chip’s passion for Copper Cannon is driven by his love for the outdoors and natural surroundings of the White Mountains as well as fond childhood memories of going to fresh air camps. In addition to community service activities, he enjoys bicycling, golfing and water skiing. Chip holds a BS in computer Science with in a minor in business management from Keene State College.

Janel has been a resident of the North Country since 1999 and with her husband and kids has enjoyed skiing, snowboarding, biking and hiking the mountains of New Hampshire. Her kids have been CCC day-campers for years and find the counselors, activities and setting of the camp simply the best. When not playing in the mountains, Janel is also the Owner/VP of Lawton Company, a full-service General Contracting and Construction Management business based in Littleton, NH. Janel holds a BS in Business Administration/Sports Management from Colby-Sawyer College and prior to owning a construction company, has over 15 years’ experience in e-Commerce.

Tom and his wife Rosalind Page moved to the area with their two dogs and two cats in 2004. After and his partners sold their wine distribution and import company in CT in 2006, he was invited to stay on by the new owners as VP & GM of the Connecticut facility, and remained in that role and commuted weekly to CT until September 2017. He now owns and operates Pearl Lake Distributors with Rosalind. Pearl Lakes Distributors is a local New Hampshire based wine import and distribution company, as well as an area manager for DB Wine Selections. He received a BS in Business administration from Suffolk University Boston. He became interested in CCC after visiting the camp several times, learning the history and seeing first-hand the difference the camp has made for many of these young people and wanted to be involved and give back to the community.

Chris is the oldest of three boys and a graduate of Keene State University. He played soccer all four years of college. Chris grew up in Manchester and has been involved with Copper Cannon since he was young. Chris’s grandfather, Yvon was instrumental in the early years of Copper Cannon beginning the family’s 55 plus years of support. Working with his brother and father in the family business, LECO, Chris spends his days traveling throughout New England installing and servicing Speed Queen washers and dryers. Chris loves visiting camp with his wife Katie and son Ethan. 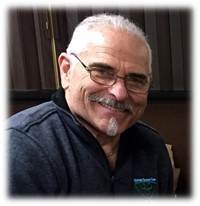 Born in Boston and raised in Dedham, Joe graduated from the same high school as board member Nancy Goebel, only ten years apart. He is the past president of the New Hampshire State Elks Association and been the chairman of the NH State Elks Drug Awareness Program for the last 15 years. Joe retired from the Department of Transportation and enjoys working on the 200 acre family tree farm. He is a motorcycle enthusiast and has owned his 1968 Corvette for the last 45 years. Joe’s involvement in Copper Cannon began in 1997 and has been a board member since 2017.

Kevin J. Rasch is the Vice President of Government Affairs and Programs with Harvard Pilgrim Health Care. Mr. Rasch received a Master’s degree in Public Policy and Economic Analysis from Trinity College and then went on to earn his law degree from the College of William and Mary and a MBA from the Kellogg School of Management at Northwestern University. In his career, Mr. Rasch served for two years as the General Counsel to the Governor of the State of Connecticut. As General Counsel to the Governor, Mr. Rasch advised on all legal issues concerning the Governor and the Executive Office.

Mike is a native of the Lakes Region of the Granite State. After a 24-year career in the US Army, Mike retired to his new hometown of Bethlehem. Mike has served his community as a Library Trustee, member of the Planning Board, and the Bethlehem Fire Dept. Mike currently is a teacher at White Mountains Regional High School. He holds a BS in Business Administration and a MS Education degree from Saint Joseph’s College in Standish, ME. He was also awarded the degree of Education Specialist (Ed.S) from Liberty University. Mike is the author of the book “Cruising New Hampshire History”. Mike’s first experience as Copper Cannon Camp was in 2009 and has been a supporter since.

Every year, Copper Cannon hires between 15-20 staff to be a part of our wonderful camp experience. Staff come from all over the state, country and world in order to give the campers (and the other staff) an experience spanning many cultures. During last summer, our camp had counselors and staff from countries, including Australia, Poland, Mexico, Finland and England. All Copper Cannon summer staff go through an extensive interviewing and screening process before being selected to join camp. After arriving, all staff go through a 10-day staff training to ensure they are the best possible counselors to show your children a fun and safe time. If you are interested in becoming a Copper Cannon staff member, check out the Staff page for more info.